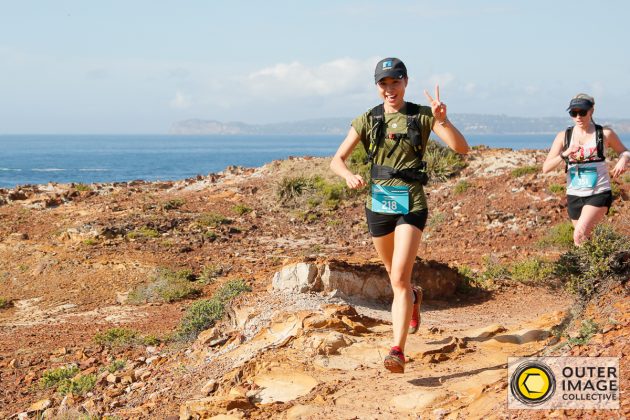 The inaugural Bouddi Coastal Run saw 500 enthusiastic trail runners competing at Putty Beach on the NSW Central Coast. With 21km and 14km course options, the field was a diverse mix of hardened trail veterans and newcomers looking forward to the spectacular views along the race route.

Hot conditions on the day increased the difficulty of what many runners declared the hardest race of that distance they had done. The variety of trail surfaces kept everyone on their toes, but the views kept everyone smiling until they raced along the beach to the finish line, where many enjoyed a swim to cool down.

Local runners took many of the podium places across all categories with local knowledge obviously an advantage. Geoff Arnold (1.48.17)  took the win in the 21km event among the Men, less than a minute ahead of Jordi Bates with the ever present Glenn Horrocks in 3rd. In the Female category Emma Just (2.07.19) won over Cathy Daniel and Pia O’Connor, all 3 coming in just over the 2 hour mark.

On the 14km course it was a hard fought tussle up the front of the Women’s field, as shown by 8 women finishing in the top 20 overall. First place went to Deirde Hopkins (1.16.54), just beating home Kirsten Ambler and Laura Cameron. For the 14km Mens race, Dominic Perry (1.04.04) took the win, 2 minutes in front of Grant Brisbin with Lachlan Cobb a further 8 minutes back.

Thanks to our event sponsors ThermaTech and Tailwind and to the Killcare community for welcoming the event with open arms, especially the Killcare Surf Life Saving Club.

If you want to join in the excitement, don’t worry, the Bouddi Coastal Run will be back in 2018.